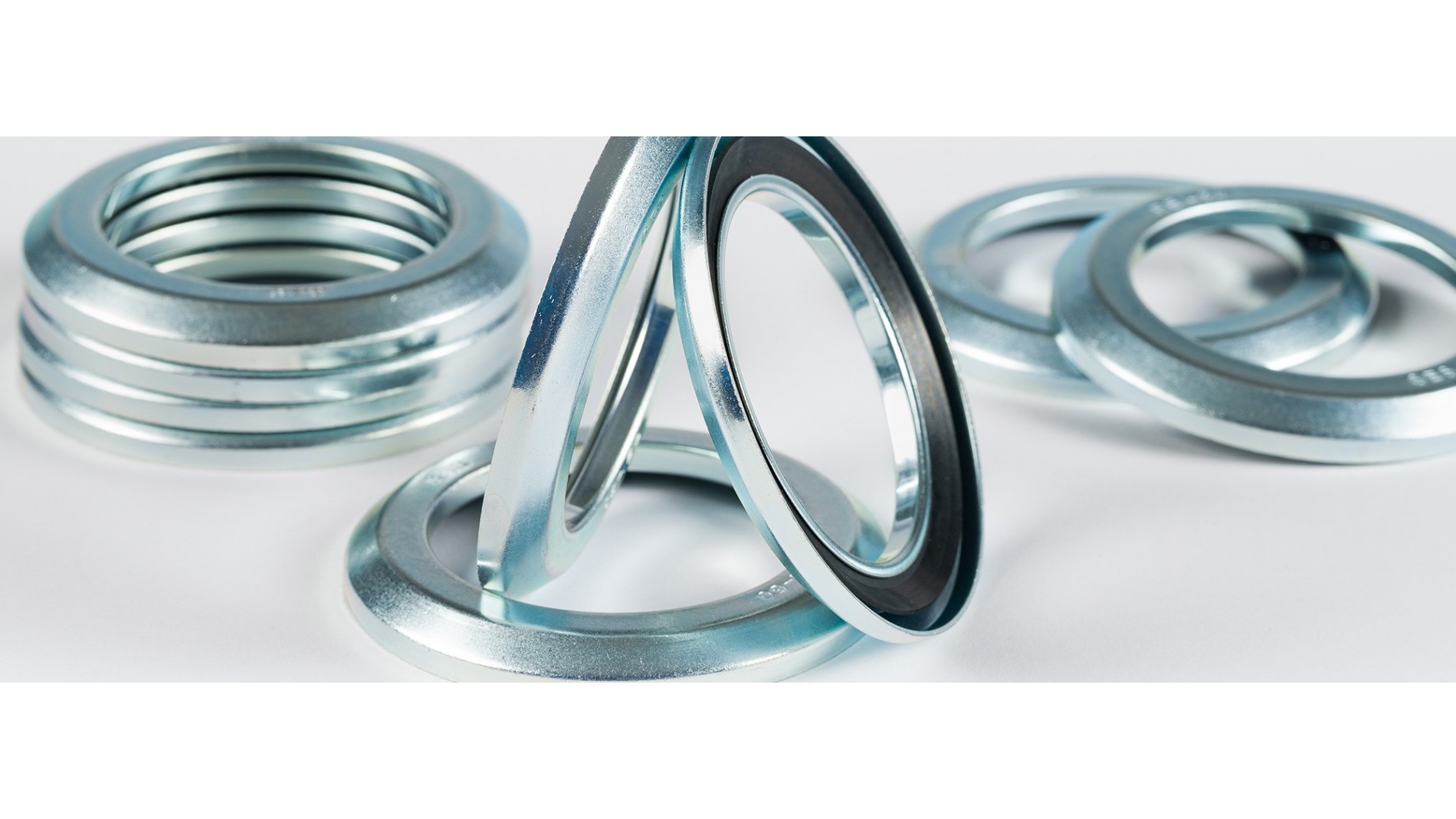 Country of origin: BE Reach
RoHS3
Back to top 

Gamma seals, speed and simplicity in the same seal

The RB Gamma Seal, also known as Axial Seals or Axial Rings, combines the capacity of mechanical seals to withstand high speeds and simplicity of oil seals. It is usually fitted in pumps, transmission systems, electric motors and machines-tools.

The design of these seals is extremely simple, as the unit comprises a metallic pressed steel housing with a chrome or zinc finish and a sealing element, which may be either NBR or FPM. The metallic casing has several different functions, one of which is to protect the sealing element.

Another of RB Gamma Seal’s functions is to effectively change the course of a fluid. Moreover, due to the centrifugal force this metallic part removes any “intrusive” element there might be, thereby ensuring efficient drainage subsequent to immersion in liquids.

The aim of this design is for it to bind to the axis at a predetermined distance from the surface to be sealed which is placed perpendicular to the axis. When rotating, in order to achieve the maximum sealing effect, the lip adheres to the metallic part at a calculated pressure. Moreover, the axial seal deflector function makes use of the centrifugal force to improve the degree of sealing.

Don´t forget that if you if should require more information about the RB Gamma Seal it is all provided below.

Assembly and nomenclature of axial seal